Many herbalists believe turmeric is one of the world’s most potent and beneficial plants. It has been used to cure and prevent many diseases for millennia. This spice’s therapeutic properties have been shown in more than 10,000 peer-reviewed research. Turmeric’s curcumin, a more effective molecule than certain prescription medications, is often cited. One of turmeric powder‘s most notable health benefits is that it acts as an antioxidant. One of the causes behind ageing and a wide range of illnesses is oxidative damage. Toxic effects may result from free radical reactions with organic compounds in the human body. Curcumin, a potent antioxidant found in turmeric, helps defend against free radicals by neutralizing them. Antioxidant processes are also stimulated by curcumin.

Adding Turmeric to Your Diet Can Help Prevent and Treat Diabetes.

Turmeric enhances the benefits of diabetic treatments by improving glucose control. Supplementing conventional diabetic therapy with this potent herb may help regulate insulin levels. As a result, it may assist in preventing the development of type 2 diabetes. A physician should always be consulted before adding any natural remedies to one’s diabetic treatment regimen.

Curcumin and turmeric may be able to help treat a variety of cancers since they all have similar characteristics. Breast, colon, stomach and skin cancer cells may be affected by the herb’s molecular effects on their growth, development, and dissemination. According to research, curcumin may also slow tumour development by preventing new blood vessels from forming, preventing metastasis (spreading disease), and aiding in removing abnormal cells.

Alzheimer’s disease may be prevented and treated with the use of turmeric.

One of the most frequent neurodegenerative illnesses in the world, Alzheimer’s is feared by many, yet there is no known treatment for this devastating illness. Researchers think that inflammation and oxidative damage contribute to the progression of the disease and that turmeric may help alleviate these symptoms. As a result, it’s possible that taking turmeric regularly will help keep Alzheimer’s at bay. Amyloid plaques, which play a significant role in the disease’s progression, may also be cleared up with the help of curcumin.

Skin Disorders Can Be Treated with turmeric.

There are several ways in which turmeric may improve the exterior of our bodies, including wound healing and soothing the pores to minimise acne. Psoriasis flareups may be reduced by using this product. It has several positive attributes, such as anti-inflammatory and antioxidant capabilities. Some individuals may be allergic to the topical application or have skin discolouration due to the brilliant hue.

Intestinal Disorders Can Be Treated with Turmeric

In many cases, persons with stomach and intestinal issues are intolerant to medical treatments. The mucosal lining of the GI tract has already been damaged, and the introduction of medicines may exacerbate the problem. People with Crohn’s disease, ulcerative colitis, and other inflammatory bowel diseases have been able to wean themselves off other medications after taking curcumin.

Arthritis may be alleviated with the use of turmeric.

Turmeric may help those with both rheumatoid arthritis and osteoarthritis. Cell damage is prevented because of its anti-inflammatory and antioxidant capabilities. People with arthritis who consistently ingest turmeric report a decrease in joint inflammation and a reduction in mild to moderate joint aches.

The anti-inflammatory properties of turmeric powder reduce obesity-related inflammation and aid in weight reduction. Drinking turmeric tea and a good diet and exercise plan may help those who want to drop a few pounds. In persons with gallbladder illness, it’s best to avoid using turmeric since it increases bile production, which may lead to problems. 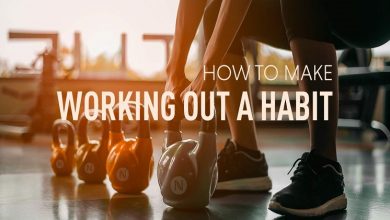 How to Make Working Out a Habit 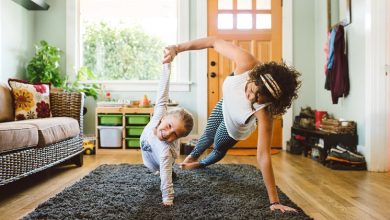